Winds of Hope (Face Series)
"Winds of Hope"
This series produced using gesso and oil on a background of a collage of newspaper articles about the Civil Rights Movements around the world. The main theme is to express and show the impact of civil rights demonstrations including those related to black history, gun violence in America, Middle East revolutions and women in history. 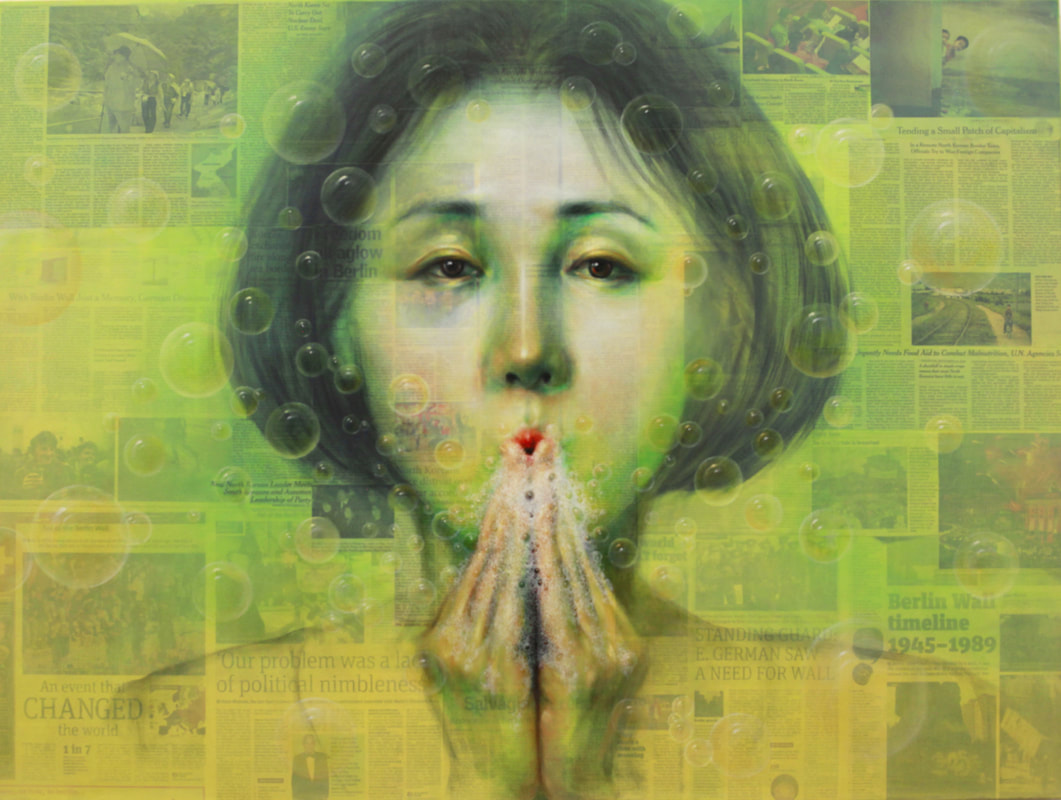 “Wishing for Peace”_ 36"x 48"
I combined news articles about the dissembling of the Berlin Wall anniversary celebration with the North Korean issue. The Berlin Wall in Germany and a wall like the Demilitarized Zone on the Korean peninsula had similar objectives with the forced separation of the same nation. I would like to express how people and the leaders of Germany made that area safe and peaceful by the dissembling of the Berlin Wall. It happened because people finally were upset enough to unite to knock the wall down. I hoped it also happens on the Korean peninsula for reunification and peace. 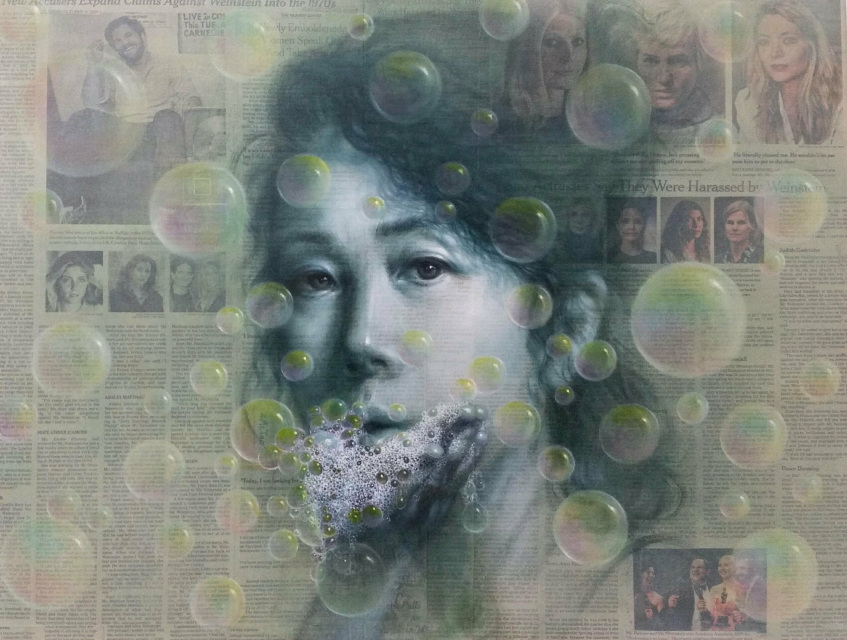 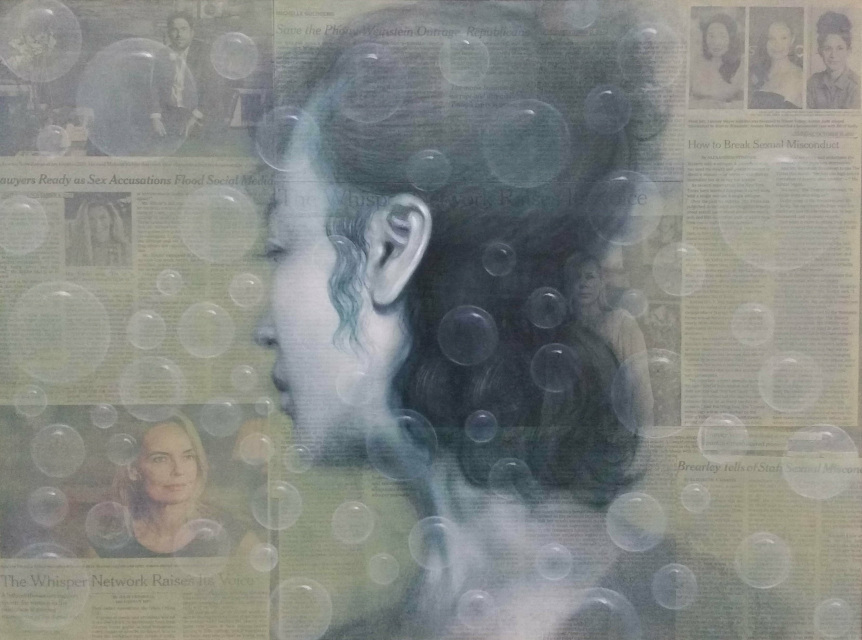